Impact starts on the ground

nClude an impact startup based in South Africa - is more than aware of the dire consequences this can have on the social, economic, and political participation of residents in these unmapped areas. Siyanda Mthethwa, nClude Founder, has a personal attachment to the cause, as he was raised by his grandmother in Gingindlovu, a town in Uthungulu District Municipality in the KwaZulu-Natal province of South Africa.

Photo of young Siyanda with his grandmother

Every pilot needs a wingman

Challenge 2: Many companies tend to build products they believe are needed without ever talking with end-users. However, Chimera believes in building products people really need. This meant the solution had to be planned and developed with the help of locals in order to fully understand their actual issues and needs. Thus, Chimera spoke with local representatives to discuss the problems facing people from rural areas. But this brought yet another challenge: building trust within the community. To help instil such a connection, the official name for the volunteer group became Thuma Thina which means “send us”. It symbolises a call for young people to come together and work towards a common goal. 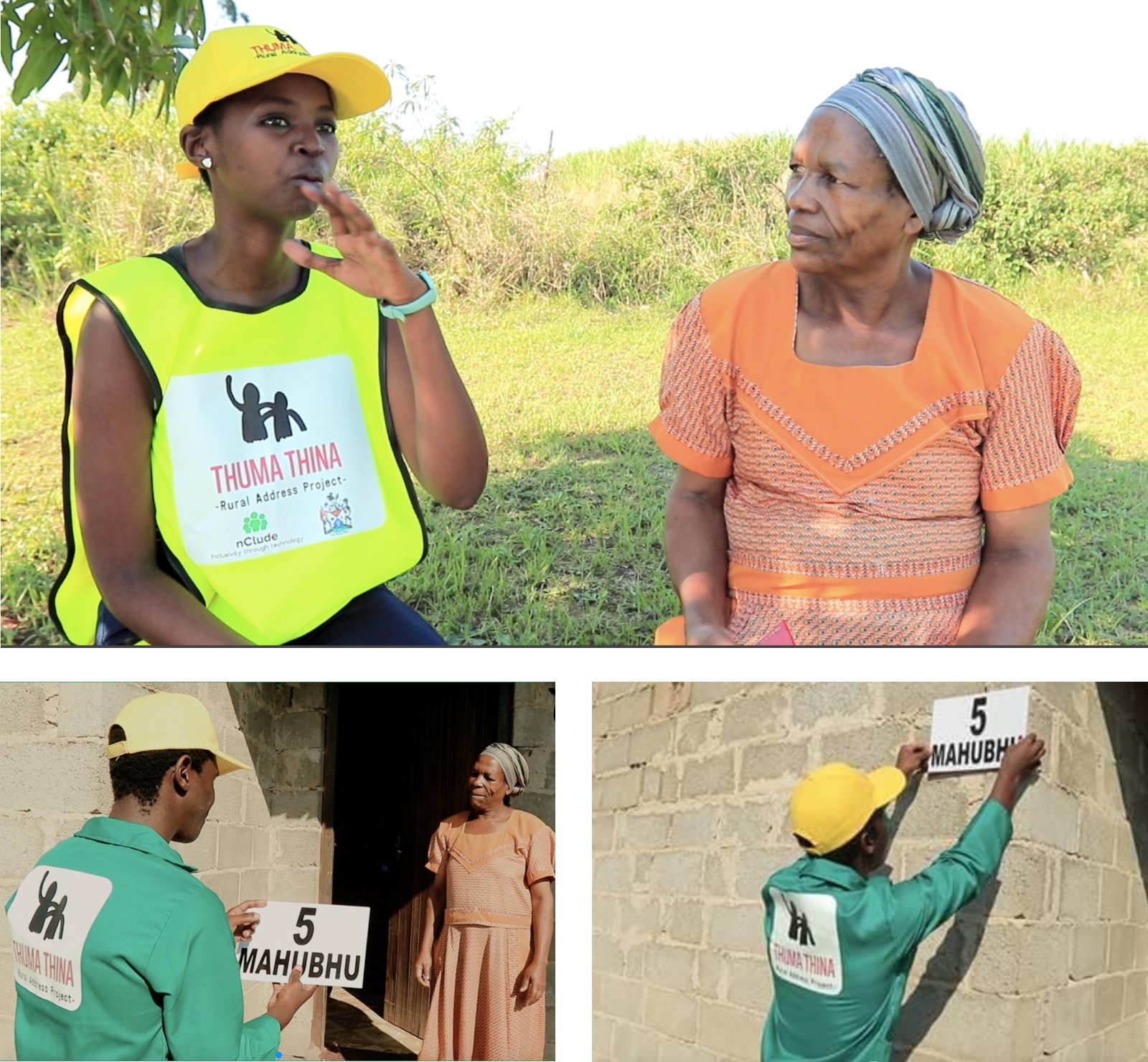 Thuma Thina ambassadors installing an address on a rural house

Map preview with 1560 houses mapped during the pilot phase

The digital mapping project has already led to founding Kuloola - the first grocery delivery service in South Africa. You can find out more about this story on our website.

Green revolution on the road